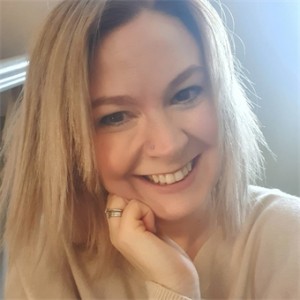 Lisa dreamed of becoming an author as a child but was happy when her MA got her into journalism.

“I got offered my first reporting job on the Wakefield Herald two thirds of the way through my MA – and wrote my dissertation while I worked.”

She became news editor after a year, but after her second son was born, she went freelance, writing for national newspapers and magazines.

“Then I got offered teaching work at Sheffield university, and more offers came in, from other universities.”

Itching to be more creative, she wrote three Children’s and YA novels.

“The first got me an agent, but none of them sold. My agent suggested I write for adults; I did, and after three weeks, we got two offers.

“I was at an Ed Sheeran concert when I heard. I screamed, and my son Tommy said, ‘Mum, I am so proud of you!”

Who is Lisa Bradley?

Date of birth: 1978 in in Fife Scotland but grew up in Harrogate.

The Day Job: Undergraduate Director for Journalism at Sheffield University.

Second Novel: The Lesson, due out next July. “It’s about corruption in Higher Education.”

Top Tip: “Write what you don’t know. It will be enjoyable and make you use your imagination a lot more.”

Leah has become editor of a regional paper. On her first day she reports a missing girl, ignoring a second one, who was a habitual runaway. The first girl is found, unharmed, the second is never seen again. 17 years later, a documentary criticises that decision – and Leah receives death threats. Does someone want to punish her?

“Someone said of it, ‘I’d never noticed that before; it really made me sit up and think.’ I was so pleased with that.”

The Verdict: Pacey, twisty and thought provoking – this thriller sings with authenticity.