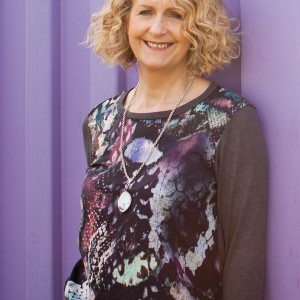 Visits to the library were once the highlight of Lesley Allen’s life. She loved writing too.

“I always penned stories. I wrote plays, and my dolls acted them out.”

Lesley worked, unhappily, in PR before sidestepping and becoming a copywriter.

“I was a freelance copywriter for 20 years, but I didn’t write creatively until I was almost 40. I joined a class, and the writing unravelled. Biddy appeared in a short story. She kept nagging at me, until I started writing her book.”

“I had told everyone, and drunk champagne, when the publisher withdrew their offer. I was devastated. It was like being jilted at the altar.”

“I had no emotional space for writing.”

Since then, Lesley has done several rewrites of her debut. And her agent secured the deal in February 2015.

Who is Lesley Allen

Second Novel: The Possibilities of Elizabeth . “I’m three-quarters of the way through.”

Top Tip: “To read, even as you write. Reading in the genre you are writing in, has to be helpful.”

Biddy Weir knows that she’s weird. She was told so in primary school, and there is nobody to tell her otherwise. Her mother is absent, her father hopeless, and she has no friends. When a teacher tries to help, her nemesis, Alison Fleming intervenes.

When, years later, Biddy’s father dies, her GP, worried about her, introduces the hopelessly shy girl to Terri, a colourfully unconventional counsellor. But can the bullied girl be saved?

The Verdict: This powerful book will resonate with anyone who has suffered, or witnessed, bullying. It’s an uncomfortable, yet ultimately heart-warmingly redemptive read.

Published in The Irish Examiner on 10th December, 2016