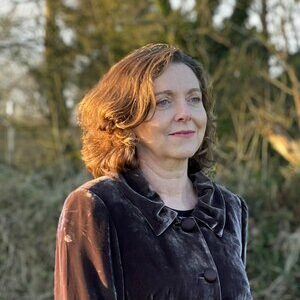 An avid reader, Laura loved poetry as a child.

“I was always writing, and I entered a few competitions,” she says.

Early in her career as a doctor, Laura worked in a Dublin drug treatment centre. She then decided to branch into child psychiatry.

“I worked in England for 7 years, in Canterbury, London and Bristol. Then we came back to Ireland. Once I had children of my own, I made the decision to work part-time.”

After her return, Laura attended a writer’s weekend in The Dingle Peninsular.

“It was just incredible! I drove home, my head bursting with phrases and ideas. After that, I did courses everywhere!”

She wrote an, unpublished, novel during a writing MA and was a finalist at the Irish Writer’s Centre Novel Fair in 2014.

“The novel was longlisted for the Bath Novel Fair, and the Lucy Cavendish Award. But I was never fully happy with it.”

The idea for Laura’s debut was sparked when she read Stella Tillyard’s biography of Lord Edward Fitzgerald.

“I approached UCC about studying it as a PhD – my novel was, largely, finished by 2018. I absolutely loved the research.”

Laura found her agent and publisher through, once again, being a finalist at the IWC Novel Fair

Who is Laura McKenna?

In Another Life: “I’ve always been attracted to snow. I’d love to have a stint at a polar station in the Antarctic.”

Top Writing Tip: “Pick something you have a real interest in, and you’ll enjoy the writing.”

Lord Edward Fitzgerald fought in the American War of Independence, before his death and disgrace in the 1978 Irish Rebellion. Words to Shape my Name imagines the story that Lord Edward’s manservant, the former slave Anthony Small, might have told.

Published in The Irish Examiner on 20th February.