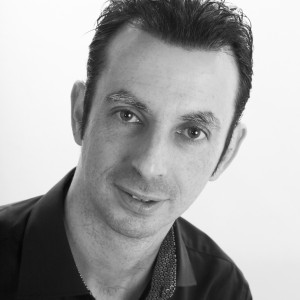 Kieran had written two novels by the time he was ten years old. The first was called The Magic Sword, and the second, The Samurai.

“I’ve always written short stories, and when I left college I dabbled with interactive fiction. Some were published. Then I tried different things, mostly picture books, and failed, and then I started writing this novel.”

It’s taken him seven years, writing mainly in the holidays.

“My brain is always fried in the evenings, after teaching all day.”

It has now sold to both America and Germany.

Who is Kieran Fanning

Interests:  “I do a huge writing project with the children I teach. They make their own books and publish them, and we use them as a reading project.”

Second Novel:  “I’m writing one. There’s a science fiction element to it.”

Top Writing Tip:  Persist. The book took me seven years to write, and there were lots of pits and troughs in the publishing process. You have to keep going.

Teenagers Ghost, Cormac and Kate are recruited for a training school for ninjas. In a fast paced, time travel adventure, they have to try and reclaim a magic sword that was stolen by a samurai warrior. They moved through 16th century Japan and present day New York. This is, essentially, a book about friendship. For 10 years plus.

“I have an obsession with Japan,” says Kieran. “It started when I was a child, and began learning Karate. I was fascinated by the Japanese culture because it’s so different from ours. They live by the theory of loyalty and honour. The Ninjas are thought of as the bad guys. I thought, ‘what if they were the good guys.?”