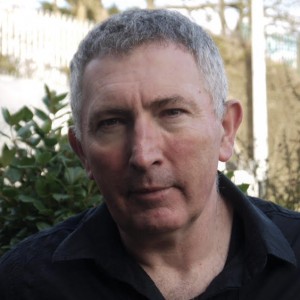 Following a degree, and a Masters in Science, Kevin worked in the chemical industry for five years, before moving to the United States.

“I was considering taking another degree, but I wasn’t sure it was what I wanted. I read a lot and didn’t see stories in the areas I was interested in, so I thought I’d have a go at writing one.”

He took a career break, and travelled extensively to Australia, Central America, Asia, and the States.

“I’d met my wife, so we travelled together, working here and there. We came back to Ireland in the mid-nineties and started our family.”

Kevin concentrated on writing short stories and had considerable success. He’s been published in many literary journals and anthologies, has been shortlisted for numerous awards, winning the prestigious Michael McLaverty Award in 2016. He had been working on his debut novel for about four years.

He also teaches creative writing to adults, including in the City Library, Adult Education Centre, and Family Resource Centre.

“As a stay at home Da with young kids it was necessary,” he says. “When you’re writing you often think, is this going anywhere? And teaching helps people; it’s a tangible skill.”

Who is Kevin Doyle

The Day Job: Writer, and teacher of creative writing.

In Another Life: “I’d be a Scuba Diver.”

Second Novel: “It’s very different, and focuses on a chemical accident where somebody is killed.”

Top Tip: “Get a place and a time to write. And believe you have something to say.”

It’s 2010, Cork City, and Noelie Sullivan finds his lost punk records for sale in a charity shop. Inside a record sleeve, he discovers a sinister secret about a missing man. Becoming embroiled in the mystery, he gets closer to learning the truth. But why are the Special Branch watching him?

The Verdict: A great, compulsive read, with an excellent sense of place.

Published in The Irish Examiner on 28th April.