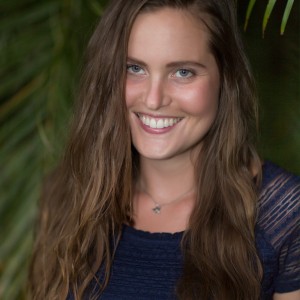 It took Katherine a long time to decide to become a writer.

“I wrote a lot in high school,” she says, “but when I went to college I wanted to be a diplomat and travel the world.”

By then, Katherine had already travelled extensively. She spent her third year of High School in France, and in the year between school and college, she studied in Moscow.

“I  graduated in 2011. I went to Big Island, Hawaii, staying for two months, working on a farm picking Macedonia nuts. While I was there I started a novel. I finished it on Maui, where I stayed for a year. Then I moved to Briancon in France, working as a teaching assistant.”

After that, returning to Maui, Katherine decided to work in real estate.

Who is Katherine Arden

Education:  High School in Houston, Texas, with a year in France. Middlebury College in Vermont; French and Russian Literature.

The Day Job: Fulltime writer. “The challenge is to set a schedule, and seek out people to socialise with. Otherwise, you risk becoming a hermit.”

Second Novel: The second in the trilogy. It’s set in medieval Moscow.

Top Tip: Finish what you start. “It’s much easier to start something, than to finish it. Writing it to the end teaches you more about your style of writing.”

This beautiful literary fantasy novel includes elements of Russian folklore and fairytales. Set in a bleak area of northern Russia, mysterious forces threaten the happiness of a village. Young Vasya owns a magical necklace – can she keep the dark forces away?

“I started with history, and let the fantasy slowly sneak in.”

The Verdict: Original, surprising and exotic. Katherine is a force to reckon with.

Published in The Irish Examiner on on 14th January, 2017