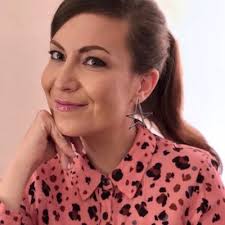 Helly’s family lived in Zimbabwe and Saudi before settling in England when Helly was 14.

“I loved reading and films, and I made up stories, but I didn’t think I’d become an author.”

She worked in advertising, starting in client management, then working for the creative department.

“I loved that,” she says. “I was thinking up ideas, and telling stories for TV and radio ads.”

She moved to Australia in her twenties with her boyfriend, meaning to stay three months, but ending up staying for six years. They married when Helly was 29.

“I left six months the marriage after six months, then got into another relationship which failed.

“I left Australia at 32, but back in England most of my friends were on their second or third child.”

She threw herself into the online dating scene, experiencing all the vagaries of life as a singleton in her thirties. And, still enjoying the creative side of advertising, she decided to try her hand at writing.

“I was thinking I could write a TV show or a film, but when I had the idea for ‘The Shelf’ I just went with it, and the writing fell into place.”

She is now married, and expecting her first child.

Who is Helly Acton?

The Day Job: Working in advertising. “I write between 5 and 9am.”

In Another Life: “To write for the TV and for films.”

Second Novel: The Couple, due out in Spring 2021. “It’s set in a world where being single is the norm.”

Top Tip: “I interview my characters, and test them with questions.”

Amy had one aim in life; to get married and have babies. And when her boyfriend surprises her with a dream holiday, she expects the big proposal, but instead receives the biggest shock – and is on Reality TV.

“The message is to stop thinking of life as a race. It’s better to be single and happy, than in an unhappy relationship.”

Published in The Irish Examiner on 12th September.