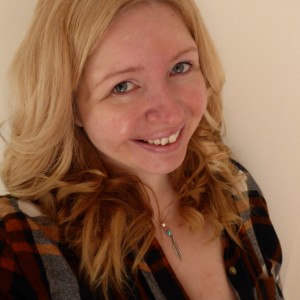 Helen has always wanted to write, but her parents encouraged her to study something more practical, so she settled on psychology, but followed it with an MA in Creative Writing.

After college she moved to London and worked as a freelance copywriter in an advertising agency. She also wrote for magazines, websites and TV. Then, when the financial crash came, she retrained as a teacher.

“I taught English Literature and Language in a secondary school for seven years.”

Her writing career started with non-fiction.

“I wrote film essays, and then some local history books.”

Turning to fiction, she wrote two romances. These had a dark side, and her agent suggested that she try to write in the ‘cosy’ crime genre.

“These were perfect for me! I love Yorkshire, and setting the books there fuelled the story.”

Who is Helen Cox?

The Day Job: “I work part-time for the charity City Lit, coordinating the creative writing department.”

In Another Life: “I’d run an animal sanctuary.”

Second Novel: “I’ve written the second and third in the series and have a plan for the fourth.”

Top Tip: “Connect with your purpose for writing the story; decide on your aim for writing it. And try to write something that nobody else has written.”

Kitt Hartley, a quirky librarian at a York University, has a quiet life, until her best friend, Evie Bowes, is arrested for the murder of her ex-lover. Kitt knows that Evie is innocent; she still loves the dead man and is devastated at his loss.

Deciding to clear Evie’s name, Kitt starts investigating, but her meddling brings some suspicion on her own head. Will it all end well?

“My aim is to make people smile and provide escapism. And I wanted to pay tribute to librarians, who are impressive people. They go out of their way to help people better themselves.”

Published in The Irish Examiner on 21st December.