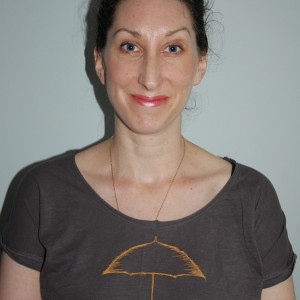 “There was lots of freedom. We cycled, and played in the forest and the river.”

Her parents encouraged her love of reading – everything from Enid Blyton to the classics.

After university, Gráinne worked as a research assistant.

“I wanted to be an academic, but it was an uncertain career, and I had six part time jobs at the same time.”

She then moved to the Musgrave Group on a graduate programme.

“I stayed there for nine years. My jobs involved writing for research and writing training manuals.”

Moving to Belgium in 2011, Gráinne started to write fiction.

“It was easier to write about Ireland from a distance; I could hear Irish voices in my head.”

“I met my publishers at the prizegiving event. Then I rewrote the novel, making it more character based.”

Who is Gráinne Murphy?

The Day Job: Freelance proof-reader and copywriter, working mainly for the EU commission, reporting on human and women’s rights.

In Another Life: “I’d love to work in a library for the books and the sense of community.”

Second Novel: The Ghost Lights is due out next year.

Top Tip: “Always be writing something. If you’re at the submission stage, move on and write something else.”

Its early morning when a road subsides, trapping a bus. 2 passengers are saved leaving 3 teetering on the edge. The media watches, anxiously, as those involved examine their lives and their choices.

“This isn’t a rescue thriller. The crash is the background for a multi-perspective character driven novel.”

The Verdict: A suspenseful, beautifully crafted debut, which is written with feeling and tenderness. I loved it.