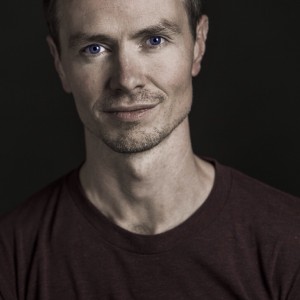 Gavin’s mother gave him a love of books.

“She left school at 14, but discovered reading when she was having children. It was a modest upbringing but we were always surrounded by good books.”

After college Gavin taught English in Japan for two years. Back in Dublin he worked for a data based publishing company, before moving to Rome where he spent four years as a translator. After that he took an MA in Creative writing, then taught at The University of East Anglia for a year. Since then he has written full time.

“I won a scholarship which allowed me not to work. I got the idea for the novel through a biography of Engels. We know so much about Engels and Marx, but almost nothing about Engels’s  Irish lover Lizzie. Being illiterate, she left no diaries or letters. I thought I could write something really interesting about her.”

Gavin researched the book for a year, spent a year writing it, and two months rewriting.

“I enjoyed the challenge of writing as a woman.”

Who is Gavin McCrea

Home: Between London and Spain. “I have two close friends, both have spare rooms and rent to me, when I need to be in either place.”

Interests: “In Spain I climb mountains. I walk every day before I start work.”

Favourite Writers: “I would most like to have written Albert Camus’s The Fall.”

Second Novel:  “I’m working on one, and have an advance. The working title is The Sisters Now.”

Top Writing Tip:  “Don’t look for approval and appreciation. That can scupper you.”

At fifty, Lizzie Burns hopes that through her lover, Frederick Engels life will become comfortable. But whilst Engels and Marx stir up a revolution, she struggles between the desire for independence and the need to be taken care of.

The Verdict: Exquisitely written. Lizzie’s voice is unforgettable and there are some quite wonderful one-liners.

Published in The Irish Examiner on 13th June