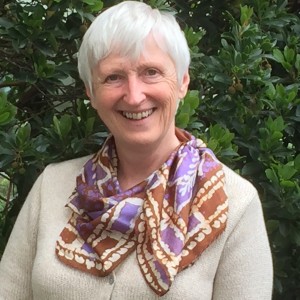 Felicity’s father was a historian and a writer – and an avid second hand book buyer, so she read widely as a child.

“He was always coming home with a book for me. I was the youngest of five. My next brother up was five years older, so it was almost like being an only child.”

Having gained her HDip, Felicity turned down a teaching job, and headed to London to train as an actress. After a successful few years, including a season in Regent’s Part with the New Shakespeare Company, Felicity moved to the BBC, doing voice work and writing.

“For a while I was writing and acting, but then more writing work came in and I wrote fulltime.”

“15 years ago my husband and I bought a house in Kerry.  At first we used it as a battery recharger.”

Felicity has since written three, factual, books based on her experiences in Ireland.

Who is Felicity Hayes McCoy.

Second Novel: The second in the series.

Hannah Casey’s life is in flux. A librarian in the fictitious Finfarran Peninsular, she’s left her cheating husband in London and is living with her mother, whilst her daughter experiences the world. When the library is threatened with closure, and she leads a campaign to save the area from capitalists, she discovers the strength of community.

“I’m really interested in the dynamic of contemporary rural Ireland. I so admire the cross generational society and the enterprise there. I’ve noticed a strong sense of cultural value.”

The Verdict: A heart-warming tale reminiscent of Maeve Binchy, and Roisin Meeney.

Published in The Irish Examiner on July 2nd 2016