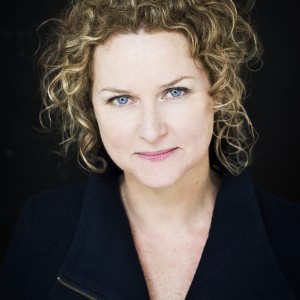 Writing is Emma’s first love, but she works as a classical clarinettist. For twenty years she performed in orchestras, and chamber music, playing anything from opera to Phantom of the Opera, from arena concerts with Jose Carreras, to trios for weddings.

“I loved performing, but I missed writing, so I took it up again in my thirties.

Emma had written two unpublished manuscripts, and won two short story competitions before penning her debut. An editor contacted her, to ask what she’d been working on since her story wins, and seven months later she published Resurrection Bay.

Date of birth: 1968 in Melbourne, Australia.

The Day Job: A clarinet player, and teacher.

In Another Life: “I’d love to be an artist of some kind. I have just enough skill to appreciate what real painters and sculptors can do, and not a scrap more.”

Top Tip: “Nothing you write is a waste of time. Some days you slog through a thousand terrible words and only write one good sentence. Don’t regret those thousand words, because they led you to that sentence.”

Caleb’s childhood friend has been brutally murdered. Tortured by guilt, Caleb vows to find his killer. But that’s tough, when you’re profoundly death, and misread lips can lead to trouble.

“Caleb was partially inspired by a profoundly deaf girl I went to school with. I was so scared that I might get everything terribly wrong, that I abandoned the novel for six months. But I couldn’t stop thinking about Caleb, and wondering what his world would be like, so I began a five year process of research and writing.

Published in The Irish Examiner on 25th November.