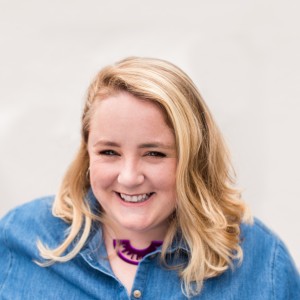 Brought up near Kill, County Kildare, Emer worked in Phantom Radio until 2010, then, after a few months in Spain, she became a news reporter on the Journal.ie.

She left in March this year to co-write the debut.

Aisling and co-author Sarah met at college, and created the character of Aisling in 2008.

“We started a Facebook page for our friends, sharing Aisling jokes, and it grew from there. A lot has changed over the years. We now have almost 50,000 members.”

Approached by Gill books, the two wrote the book in four months.

“We worked out a basic synopsis, and wrote one chapter each, then came together to compare them. When we were half way through, we worked out the end, writing roughly half each, emailing back and forth.”

An immediate success on its release in September, the novel has been in the bestseller charts since.

Who is Emer McLysaght

In Another Life: “I absolutely adore driving, and love the idea of top level cars, so I’d like to be a chauffeur.”

Second Novel: “We’ve had a lot of interest in a second and third book. We’re eager to get going on it.”

Top Tip: Give yourself a deadline, and keep to it.

Living at home, Aisling is a small town girl, living in a notions world. She commutes to work in Dublin, staying two nights with her boyfriend, John. But when, on holiday, he fails to propose to her, she dumps him, and starts living the kind of life town life, she’s long been suspicious of.

The Verdict: Quite brilliant! Funny, touching and realistic. I predict a whole series based on Aisling.