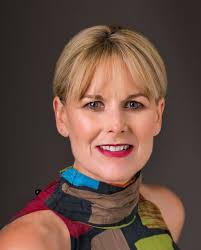 “I did my teaching practice in Loretto Foxrock. Afterwards they gave me a job, and I was there for two years. Then, in 2001, I moved to Gorey Community School, and I’ve taught there ever since.”

Eleanor had always painted; she exhibited and sold paintings, but after her daughter was born, she couldn’t paint.

“The smell of paint isn’t good for a small baby, and you can’t just go into the studio and work for 10 minutes, so, swapping once creative process for another, I decided to write. You can do that anywhere.”

“I wanted more of a challenge, so I applied for my MA. It was a three-year course.”

By the time the course was over, Eleanor had won the Francis McManus Award for a story comprised of the first chapter of her debut. She’d been approached by agent Jennifer Hewson, had finished her novel, and had a publishing deal.

Who is Eleanor O’Reilly?

The Day Job: Teacher of English and Classical Studies at Gorey Community School.

Second Novel: “I’m halfway through. It’s a story of adoption, and of finding your own sense of self.”

Top Tip: “Show up every day. And claim a space that nobody else can enter or disturb.”

Jenny loves words. She loves writing them, thinking about them, and reading them. So it’s particularly tough for the little girl that her brother Jacob, who has autism, is speechless. His words are locked inside him, and when Ma has a stroke, she can’t speak, even if she could get a handle on the words she wanted to use.

Published in The Irish Examiner on 30th March