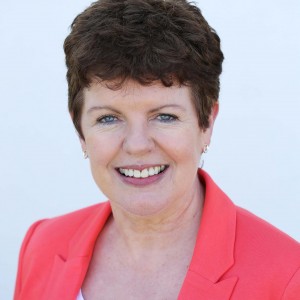 After university, Eimear went straight into journalism, working for the Irish News in Belfast. Then she moved to Dublin and worked for RTE as a TV news reporter.

“I was there for two years, then, having met my husband, Paul, we moved back North. I worked for the BBC in Derry for 28 years.” The book  happened by accident. Eimear found a  diary she’d written at 16  in 1972, living in West Belfast. “Reading it, I was shocked.  I’d  forgotten the relentless violence,  and the all- pervasive terror we lived under. It was overwhelming.

“I opened it a week before the Saville enquiry report came out, and the first thing I read was my entry for Bloody Sunday. I wrote about it for the Irish Times.”

A London publisher asked Eimear to write a book based on the diary, and she tried, but couldn’t find her voice.“The following April I saw how to write it, as half unedited diary and half my elaborations on it.”

Who is Eimear O’Callaghan

Interests: Walking on the beach. And I love entertaining.

Second Novel: I’d love to write a second, but I don’t know what it will be.

Top Writing Tip: Stick at it, and find yourself an honest critic.

This diary shows a time when violence became normality. Whilst detailing political events, and  living surrounded by constant gunfire, Eimear is also concerned with teenage fears and aspirations.

“After Bloody Sunday we felt especially vulnerable. The British Army were no longer our protectors, but the IRA were a threat too. We were scared of a loyalist backlash, and I knew people who were killed.

“I was the eldest of five. I’m amazed my parents didn’t go out of their minds with worry.”

The Verdict:  Enlightening; troubling, and profoundly moving, this is a ‘must’ read.

Published in the Irish Examiner on 17th January, 2015.