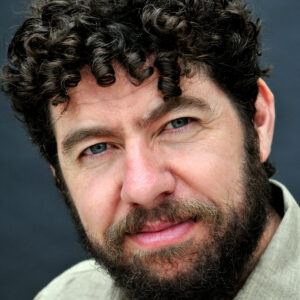 From an intensely musical family, Declan took up the guitar at 13, and hasn’t put it down since.

“I started writing songs at 15, when a singer we auditioned for our band said, ‘Let’s play one of my songs.’ I went home, tried writing my own, and it felt natural.”

Declan first realised he was good at writing when his essays were praised at school.

“I wasn’t good at school. I moved to Australia the moment I left, and worked on building sites. But my focus was on music, and by the time I got home, at 24, I’d written a bunch of songs.”

Back in Dublin, he performed at open mike sessions, and met singers like Damian Dempsey and Glen Hansard.

He continued working on building sites until 2002, when he was able to concentrate on music fulltime. After releasing the album, Chronicles of the Great Irish Famine, Declan realised he hadn’t finished with the story of the Ua Buaćalla family.

“I researched some more, and someone I met took me to see the remains of their cottage – it was surreal and profound.”

Around the same time, Gill asked him to expand the story into a novel.

“It felt natural,” he says. “I loved the discipline of it, and being so immersed in it.  I didn’t miss a day in seven months”.

Who is Declan O’Rourke?

In Another Life: “I’d love to look after a forest.”

Second Novel: “I have plenty of ideas”,

Top Tip: Write. “If you’re passionate about a story it is never difficult”.

Padraic and Cait Ua Buaćalla are desperate. Their crops have failed, there’s no work, and their children are starving.

In Macroom, pawnbroker Cornelius Creed fights for the poor of the town but encounters furious opposition. His blistering accounts of various meetings appear in The Cork Examiner. Can he influence people?

The Verdict: Brings the famine to vivid life with passion and heart. I devoured it!

Published in the Irish Examiner on 18th December.