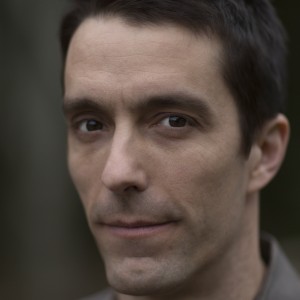 David credits his father for his love of books. He studied journalism with the hope of becoming an inteprid investiagative reporter, but soon found it was a career he wasn’t suited for.

“I wrote for a local weekly paper in Portland; I worked as a taxi driver, and as a carpenter for friends, and, when I travelled to Argentina, I worked as a local researcher for a journalist who was writing a book. After Hurricane Katrina I worked for an NGO doing relief work.”

In 2006, David started working on his debut novel.

“This was post 9.11, and pre Obama. We called the time the global war on terror, and coming out of the confused hurt there was clouded civiv thinking. Security was being outsourced. I thought that was good fodder for a conspiracy book.”

The book grew during a stint living in Ireland, with his irish wife, Fiona. It ended up taking seven years.

Who is David Shafer

The Day Job: Writer and father.

Top Writing Tip: Decide how much direction to take. At the start you need to be secretive about your writing. Once at work on it I had to open myself to direction. I am now in a writer’s group, and that is helpful.

Described as a cyber-thriller, this debut is much much more. It shows Leila, Leo and Mark; three disparate characters who take part, in various ways, in a secret resitance struggle against a committee who seeks to privatise all information. In the process, the three have to reconsider their values.

“What if you were having a psychiatric event of paranoia and meglomania, and you were drawn into an on line conspiracy? It’s clear to me that an episode by an intelligent person can overlap with reality. It would be confusing and comic.”