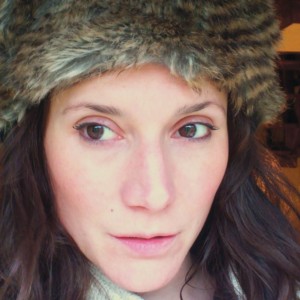 Reading “a lot of rubbish,” as a child, Claire-Louise discovered literature in her late teens. Writing came earlier, but it seemed, to her, to be a completely different endeavour.

“I wrote with no sense of writing’s relationship to books,” she says.

She continued to write throughout her twenties, and now has a large trunk full of her pieces.

“But I was still forming; writing was a very private thing. It was chaotic, with a bit of savagery to it.”

Meanwhile, after some mundane jobs in England. Claire-Louise moved to Galway where she became involved in theatre; acting and directing, before doing her own performance pieces. Then she felt she could explore character better through fiction.

Her stories and essays have been widely published, and she won the inaugural White Review Short Story Prize in 2013.

“But I was over-thinking my work,” she says. “And I was feeling overwhelmed. Then I went on residency to The Tyrone Guthrie Centre, and realised my pieces looked good side by side. I realised I don’t just get to write one book; after this one I can write another, and that made me calm.”

Who is Claire-Louise Bennett

Date of birth: “I’m in my thirties and I was born in Wiltshire in England.”

Family: “There are lots of very special people in my life, who I love deeply, and I am loved.”

The Day Job: “At the moment I’m writing full time.”

Interests: “I like yoga and cycling and swimming and dancing, and gin and tonic.”

Favourite Writers: Jean Rhys, Marlen Haushofer and Shirley Jackson. And I loved a Book of Silence by Sara Maitland and  Field Guide to Getting Lost by Rebecca Solnit.”

Cleaning out the grate one day, a woman  realises, with a jolt, that she needs alcohol in order to be attracted to a man. Organising a party, the hostess fantasises about who will sit on her ottoman. It becomes an obsession.

The Verdict: Astonishing. Reading these stories is like living in some weirdly wonderful minds.