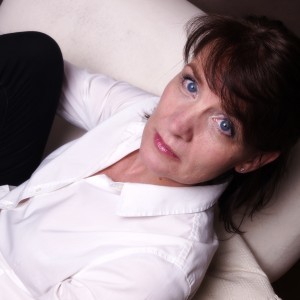 After University Christine wrote poetry, but she never published any. She had various jobs; she worked in the Arts in Bristol; she managed an Art Gallery, worked on an Arts Magazine, and wrote a grammar for foreign learners for IBM.

In 1996, working for a College of Education, she began writing poetry more seriously, and wrote some stories. She was accepted for an MA in Writing, but discovering she was pregnant, felt unable to go.

“I had a fulltime job and my relationship was on the rocks,” she says.

Two years later she returned to Belfast with her son, and has worked in various teaching jobs, fulltime and part-time ever since.

In 2008 Christine was diagnosed with breast-cancer. During treatment she wrote a guide which, mush later, was published as B is for Breast Cancer.

“I had to write it to understand what I was going through. I felt I was in a vacuum.”

She wrote The Best Medicine in 2010, sitting in bed, recovering from reconstructive surgery.

“When I was first diagnosed, I didn’t speak to anyone. I’d had my surgery and was sick with radiotherapy before I told my son.

“Teenagers have so much to cope with. But listening to him and his friends talk, they’re hilarious. I thought, there’s a story here if I can get it right.”

Who is Christine Hamill

The Day Job: Teacher in a College of Further Education, Belfast.

Top Tip: Turn off the phone and the internet and write.

Philip Wright, teenager and wannabe comedian has a lot to contend with. At school there’s Lucy, the girl he loves, who seems to hate him; there’s the Yeti, who bullies him and an English teacher who thinks he’s a poet. And then his mother stops laughing at his jokes. Just what is going on?

The Verdict: Sweet, funny and touching.  I loved it.

Published in the Irish Examiner on 25th June, 2016