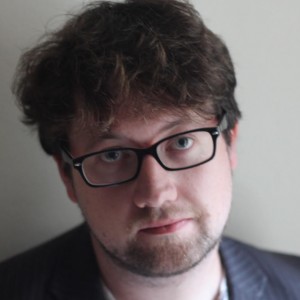 In college Cethan wrote short film scripts and had a story long-listed for a Penguin Competition.

“I got to a workshop. It was really cool.”

After his MA, Cethan got an internship in EMC, placing data storage. After nine months the recession hit.

“I worked on and off, and helped out editing The Penny Dreadful Literary Magazine. Then I got a job on community radio in Cork. I make radio documentaries, including one on the 19th Century Cork writer, Margaret Wolfe Hungerford. Writing as The Duchess, she invented the phrase, Beauty is in the Eye of the Beholder.”

Meanwhile, he had two stories published, and he penned an, unpublished, children’s book. He wrote the first draft of his debut three years ago, completing it in six weeks.

“Once I had the idea, and the ghost’s voice, it felt like an exciting way to view the world.”

“I heard I’d won in June. There’s been a year of editing and shaping.”

Who is Cethan Leahy

Family: Four brothers and one sister.

In Another Life: “When I was a kid, watching too much MORSE, I wanted to be a detective. I think I’d make a really good one!”

Top Tip: “The best tip I got, from Sinead Moriarty, is plan your novel out exactly, but write the chapter that appeals first. You may find you don’t need all the chapters you’d planned.”

Adam wakes after a suicide attempt to discover a ghost in the room. Over a winter, the teenager struggles to regain equilibrium, but when life improves, the ghost becomes jealous.

“I hope the book will make readers understand the journey of depression.”

The Verdict: Clever and original. Narrated by the ghost, this YA debut has a message, and lots of heart.

Published in The Irish Examiner on 7th July.