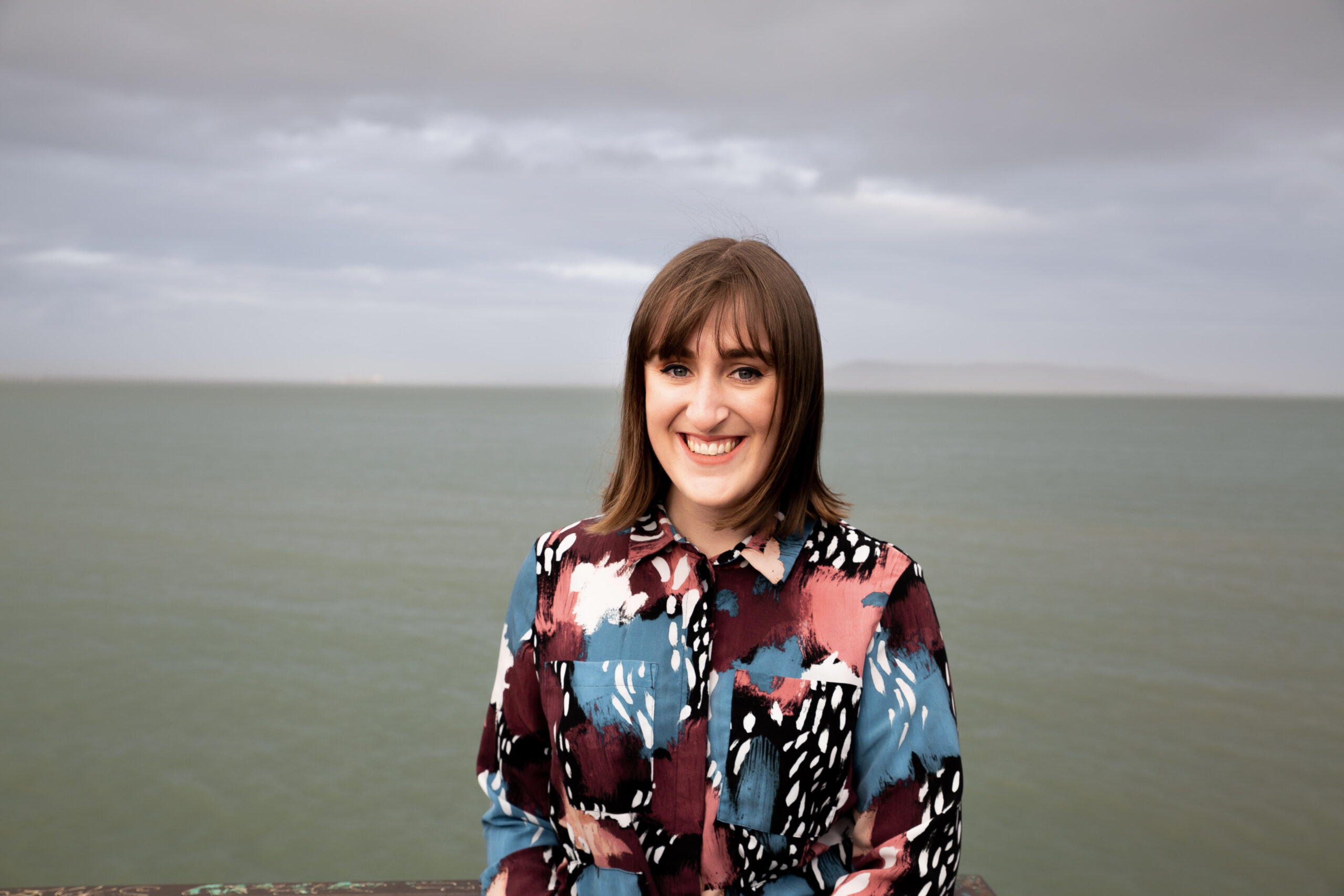 Catherine wrote her first story – about two witches and a dragon when she was nine; and as a teenager wrote two novels as a practice project.

“I always said I wanted to be a writer,” she says, “and I was encouraged. My maternal grandmother wrote stories in the Irish language, and one of my uncles writes poetry.”

In September 2019, after taking an MA, Catherine decided to get any job, and to spend the next few years writing a book.

“I had 20,000 words written when I started teaching Creative Writing at St Conleth’s senior and junior school. I had all that going, and then the pandemic happened.

“Suddenly I was at home with no prospects, nothing going on and no excuses not to write a book. I thought, I’ll never again be paid to be at home doing nothing and have a stable income. I couldn’t waste it!”

A keen debater, Catherine took part in the European and World Championships. Sally Rooney is her sister-in-law.

“But I didn’t tell her I was writing a book until I got my agent.”

Home: Dublin. “I’m living at home, because renting is so expensive.”

In Another Life: “I thought about being a scientist or a diplomat, before the writing fell into place.”

Second Novel: “It’s in the process. I’ve settled on the form and the voice.”

Top Tip: “Edit ruthlessly. When there’s something that doesn’t fit in, get rid of it entirely.”

When Dublin student life ends, Sophie feels adrift. Her friends seem sorted, but Sophie – chasing relationships, feels more secure on line than in reality. Living in her head – is she her own worst enemy? And meanwhile, does that crack in the sky forecast Armageddon?

The Verdict: An outstanding debut showing an online generation who relate to global issues on a personal level.

Published in The Irish Examiner on 9th April.