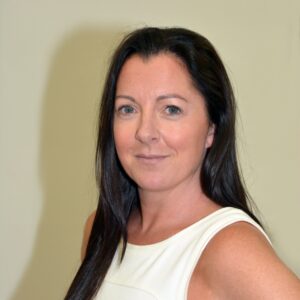 As a child brought up in the country, Catherine loved inventing games. And at secondary school she was renowned for writing good stories.

After college, Catherine moved to Rome with a friend, intending to stay, but after three months they ran out of money and returned to Cork. She later went to Australia where she temped for six months.

“I’ve taught in Spain, but worked, mostly, in sales and marketing.”

Catherine has lived in America for the past 16 years, except for a year out in Portugal.

“After that, I started a business and built a language app for travellers. It went global, but people stopped paying for app, and I wound the business down.”

It was when she’d moved to California, and, due to visa problems was unable to work or travel, that she finally started to write.

“I discovered that I liked writing, and I applied to Forbes Digital as a female entrepreneur. I’d spoken at a lot of conferences and events, and women always asked the same questions. I thought it would be good to reach a wider audience. I was accepted as a contributor.”

Who is Catherine Mangan?

The Day Job: An entrepreneur.

In Another Life: “I’d love to write fiction fulltime.”

Second Novel: “It’s set on the island of Ischia and is out in April next year.”

Niamh Kelly is in a rut. Recently dumped, she joins her sister on an Italian holiday. When she discovers the town of Camogli, she decides to stay – and open a café there. Can it possibly work?

“We’ve been to Camogli five times in seven years. It’s a captivating place. Three years ago, on a rainy day, I imagined someone deciding to stay on there. I wrote notes.”

Published in the Irish Examiner on 1st May