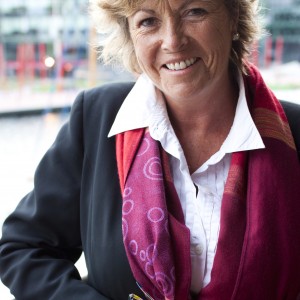 As a solicitor, a partner and head of department at A &L Goodbody, Caroline’s writing was confined to letters and reports. And when she came across some interesting family history, researched it, and wanted to write a family record, she didn’t know how to set about it.

But when she retired from the company in 2008, and took up mediation, she decided it was time to write a book. She studied for an M Phil, wrote some short stories, and the first chapter her debut.

“Poignancy comes with advancing years, I became more and more interested in how my mother carried the story of the war years all her life. By trying to relive the loss she suffered, it helped me to understand her better.

“At the start I thought I’d write a memoir, but my family were hopeless at keeping  records, so I decided to write it as fiction.”

Who is Caroline Preston.

The Day Job: Mediation, mostly corporate. On the board of St Patrick’s Hospital.

In Another Life: “I would have liked to work in foreign Aid. I do a bit of work for Street Child, and go back and forth to Sierra Leone.”

Second Novel: “I have some ideas. I might write a prequel about my grandfather.”

Misfits as large house protestants, teenagers Nick and Tony go to Australia to work. Joining up at 18, Nick ends up in a Japanese Prisoner of War camp, and Tony, piloting a Lancaster bomber, becomes a hero. Their parents, and a sibling join the war-effort. Their true exploits, and real coincidences make for powerful and heartrending reading.

“I hope to open a window on that generation. Their war efforts were forgotten for so long. There was national amnesia.”

The Verdict: I was fascinated by this debut, and learned a lot. A story of heroism, it is beautifully told.

Published in The Irish Examiner on 13th May.