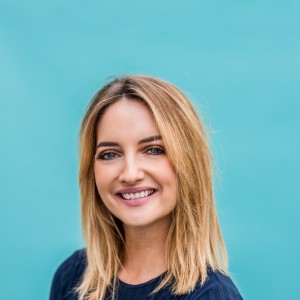 Caroline’s wanted to be a radio producer, but when she left college in 2009, jobs were scarce. After studying for a Masters, she realised she had a talent for writing.

She joined entertainment.ie at intern level, and worked her way up to become editor. In 2014, she was approached to be editor in charge of the fledgling, Lovin Dublin.

“I thought that it would be the best thing ever, but it was the wrong move for me. I realised, quite soon, that I’d made a mistake.”

After two months of stress, her anxiety levels became unbearable. Unable to function, she was on sick leave for a few months.

“Then I went to work for Image magazine, on the digital side. I also wrote for the magazine and edited Image Brides.”

She stayed for two years, then left to go freelance. Caroline wrote about her anxiety for the Irish Times Health Supplement, and a publisher contacted her, asking her to write a book.

Who is Caroline Foran

Home: “I recently bought a house, with my fiancé, in Drumcondra.”

In Another Life: “I’d buy old properties, do them up, and sell them on.”

Top Tip: “Concentrate on structure. Break the book into small pieces, and be sure you know what your sections are.”

When Caroline’s anxiety prevented her leaving her house, she despaired. To recover, she tried all kinds of therapies, as well as incorporating exercise, meditation and making dietary changes. Owning it tells her story, and presents strategies to help others cope; based on tips from experts and Caroline’s experience.

The Verdict: An excellent, easy to use guide for recovery. It acknowledges that one size does not fit all.

Published in The Irish Examiner on 23rd September.