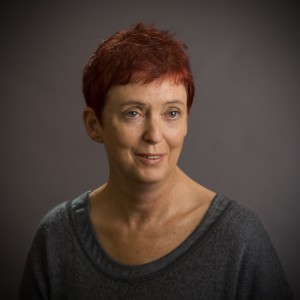 As a child, Carole wrote long diary entries and letters to anyone who would reply, and as a teenager she wrote short stories. Some were published, and others shortlisted in competitions.

In the late 1990s, she wrote serials for women’s weekly magazine, and then the idea came for the novel.

Meanwhile, Carole worked for various companies, including Atari, and the credit union, but she gave up work when she had children.

Who is Carole Gurnett

Date/place of birth: 1958/Chelmsford, Essex. She lived in England until she was 16, when the family moved to County Clare.

The Day Job: “I work in an after-school facility in a primary school, looking after children between the finish of school until 6.00pm.”

Second Novel: “It’s contracted, and I’m a couple of drafts in.”

Top Writing Tip: “When you’re working on a first draft, you don’t have to start at the beginning and work through. I write the scene I want to write and worry about the chronology afterwards. That’s less daunting.”

Set in the theatre world in 1897’s London, this sweeping novel centres on Edmund Jeffers, an actor-manager with a double life. Well-respected publicly, and in line for a knighthood, his private life is seamier. When these worlds collide, and Edmund must make drastic decisions, life gets difficult for the people close to him.

“I like reading about ordinary people in extraordinary circumstances,” says Carole, who enjoyed writing the military elements of the book.

“I got the original idea when I was watching Danny La Rue one day. And the two main characters are inspired by Sir Henry Irving, who worked in the Lyceum, and Bram Stoker, who was his business partner. ”

The Verdict: An absorbing historical tale with issues that resonate today.