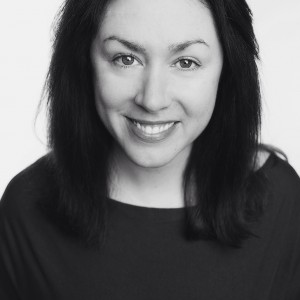 Interested in science, Caitriona started studying speech therapy at college, but she dropped out, took a year out, and studied English.

“Then I went to Japan to teach for a year with my boyfriend, then we travelled around Asia”

Back in Dublin Caitriona worked as an abstract writer for an American company. But four years later, in 2011, the company closed down, and she was laid off.

Meanwhile, Caitriona had to give up obsessive marathon running because of a knee injury.

“I needed a new obsession, so I took a creative writing course. I wrote short stories and essays, and tried hard to get published, without success.”

She was equally unsuccessful in finding work.

“I found the constant job-hunting with no responses isolating, especially as we were in serious negative equity.”

She wrote the book out of that experience, and sold it as a result of the Novel Fair in 2014.

Who is Caitriona Lally

Family: Boyfriend, Brian. Mam and Dad in Clontarf, two brothers and a sister.

The Day Job: A cleaner at Trinity. “It’s bliss. I wanted something physical. The hours are from 6.00am until 9.30am,  so I have the day to myself.”

Second Novel:  “I’m half way through a first draft.”

Top Writing Tip:  “Read a lot and read widely. I read from both sexes from all kinds of backgrounds and from translations.”

Vivian doesn’t fit in. She has no friends, and few social skills. She believes she was a changeling and every day, she walks round Dublin, trying to get back to that other world. Feeling isolated, she is also on a mission to find herself a friend. But she has to be called Penelope.

“Vivian has aspects of me; of what I would think or do if I let myself run freely through life. She feels lost, and doesn’t fit in. She hasn’t a filter.”

The Verdict: A wonderful debut; funny and touching, and with skilful word play at work. Vivian’s difference intrigues.