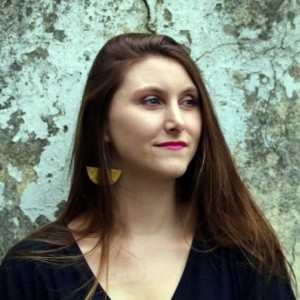 Caelainn had a wonderful English teacher, and has always been interested in writing, but for years she assumed she’d become a fiction writer.

“I won a Hotpress Music Journalism competition in my Leaving certificate year,” she says, “But I didn’t become interested in Journalism until I did a course in politics philosophy and literature during my Erasmus year.”

Caelainn spent the summer of 2010 in Kashmir, and she reported on the cycle of protests, strikes and the military curfew for the student paper at Trinity College. The following summer, straight out of college, she covered Independence in South Sudan, publishing in The Irish Times.

“I went from there to Kenya, then covered the draught crisis, and famine in Somalia, then LGB Rights in Uganda. Then I was sent to Spain where I continued freelancing.”

She has continued to report on issues that concern her, both in Ireland and abroad, including the housing crisis, Brexit, and direct provision.

“There are so many assumptions about the world, but you’re challenged by people’s lived experience to think differently. That’s what interests me.”

The book came about after Caelainn published pieces with editor Brendan Barrington in The Dublin Review.

“We both felt a comprehensive book about the abuses by the church needed to be written. I was reporting in real time. It’s still a current issue.”

Who is Caelainn Hogan?

Family: Parents Dermot and Róisín, and a brother, Rory.

The Day Job: Freelance journalist and writer. “And I teach Creative non-fiction at the Irish Writer’s Centre.”

In Another Life: “I’d be a doctor, or a photographer.”

Second Book: “I have a few ideas for one.”

For this heartrending account, Caelainn visited the sites of Magdalene Laundries and Mother and Baby Homes, and spoke to survivors, to the religious who ran the Institutions and to those affected by them.

The Verdict: An important, astounding, and comprehensive account of Irish abuses, that Margaret Atwood compared to Gilead.

Published in The Irish Examiner on 11th January