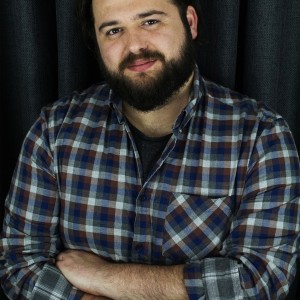 Ben didn’t read much as a child, but he loved making up five-part dramas for his action figures.

After school Ben worked in pubs and off licenses, working for the minimum wage. He also played in a couple of bands.

“I was always dabbling in writing. I’d written a book which was a disaster, it proved I could stick at it. I wanted to do something with my life, and at 24 I decided to go to university.”

Ben dabbled in journalism from first year, writing long read sports features for VICE, and when he graduated he wrote more of them.

He wrote the backbone of his debut collection when he was doing his Masters.

“I was pushed towards short stories, because they tell an entire narrative in a relatively small amount of words. People responded well, so I kept writing more and developing them.”

Who is Ben Halls?

“And I was brought up near Gerard’s Cross”

Family: Mum and Dad, in Dorset.

The Day Job: “I’m a fulltime writer. When I’m not working on my fiction, I’m writing for sports gambling online sites.”

In Another Life: “I’d be a formula one racing driver.”

Top Tip: Know what you’re driving towards and write until you get there. “I don’t plan. I don’t even have chapter headings. I start with a chunk of text.”

The protagonists in these linked short stories live on the Quarry Lane Estate in West London. Surviving on the edges of society, they struggle with addiction; with abandonment, poverty, and other dilemmas of contemporary life.

“These are people we rarely see, who face dramas every day. I’d like readers to look at them with more empathy.”

The Verdict: Powerful. An English equivalent to Colin Barret’s young skins. You get a really good sense of the community.

Published in The Irish Examiner, on 15th February