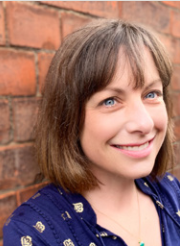 After moving from California to Texas, Connecticut and Missouri, the teenage Alison lived in Seattle. After university, she worked there for Microsoft, before moving to New York to take an MA.

“Then I moved back and worked in Seattle for 15 years. Then we came to Ireland.”

Starting out as a technical editor, Alison worked on strategy, managing teams of editors and writers and working in the marketing side of tech.

She has always written.

“During my MFA I wrote short stories, then I took a course in children’s writing.”

She wrote two books, a children’s then a YA, before getting the idea for her debut.

“I visited Bletchley when I was staying with my sister, and was amazed to discover that 75pc of the employees were women. I thought how hard it must be not being able to explain their work. They had to keep all these secrets.

“In January 2020 I sent my manuscript to A Chicken House open competition. In March they sent an editorial letter and asked for a revised outline. Then they offered me a contract.”

Who is Alison Weatherby?

In Another Life: “I run, but I would love to have real athletic ability.”

Second Novel: “It’s about Wrens. Its with my agent, Lucy Irvine.”

Top Tip: “The thing that keeps me going is my critique writing group, and contact with other writers. They know what you’re going through.”

This tale of friendship based in wartime Bletchley features 16-year-old messenger, Pearl, and Ellen, a reserved, analytical codebreaker. They have fun and flirtations, but then tragedy strikes, and they’re caught in the middle of a spy plot. They’re determined to root out the traitor, but who can they trust?

The Verdict: A fascinating, and thrilling YA story of wartime espionage, love and friendship.

Published in The Irish Examiner on 26th March.