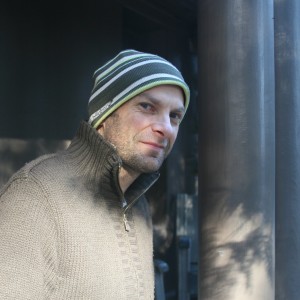 As a child Alan penned epic adventure and science fiction stories, but he stopped writing for many years. After school, he took a diploma, then he drifted through his twenties.

“I spent time in London and Australia; I took a trip from Havana to Buenos Aires. I worked at various jobs. As an office slave, and for a while I was selling greeting cards. All this time I was talking about getting back to writing.”

He found his way in by writing travel journalism about the places he’d visited. Then he started to churn out short stories, and through these, earned a place on a writing MA. Since finishing in 2007, Alan has worked fulltime, as a writer.

He has published two collections of short stories: Liar Liar, and Psychotic Episodes; both shortlisted for the Frank O’Connor Award.

Alan decided to try for a novel  after appearing at the Dromineer Literary Festival, on a panel with Donal Ryan, Paul Lynch and Julian Gough.

“They goaded me into having a go.”

Who is Alan McMonagle

In Another Life: “I’d have been a concert pianist. I played when I was small, but was terrified of the nun who taught me. I’m always sorry that I gave up.”

Second Novel: “It was a two book deal, so I have one on the go. It’s contemporary and has another skewed central character.”

Top Tip: Writing is a long process, and every day is the first day.

Life is tough when you’re 11. Especially if you don’t know who your Da is, and your Ma is over fond of vodka and joyriding. When Jason Lowry meets a girl who seems equally as lost, he is delighted to join her on her flights of fancy. But could their daring escapades put them in danger?

The Verdict: A feat of imagination. The verve and humour of early Roddy Doyle.

Published in The Irish Examiner, 2017.