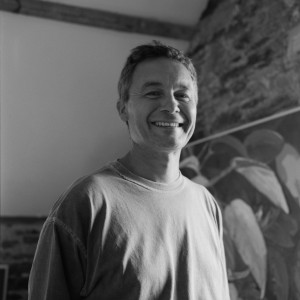 Son of a Polish émigré, Adrian grew up in South London, but he boarded from age 8 to 13 at Westminster Abbey Choir School.

“I sang at Winston Churchill’s funeral and Princess Anne’s wedding.”

After University Adrian took a year off and travelled to India by bus. Then, returning, he worked for Esso, in market research, before becoming the head of research for PolyGram, then CEO of the UK charts management company. He ended up as MD of a publishing company, and by the time he had sold it, he’d taken a diploma in Ceramics and Design.

“I moved to Ireland in 2000 and set up the Kinsale Pottery and Arts Centre. It’s become the largest private craft teaching centre in Ireland.”

Adrian helped set up the Kinsale Arts Festival, and then Words by Water festival. He also started writing.

“I won the Fish Flash Fiction Award in 2004, for a story on teen suicide that was subsequently made into a short film.”

Who is Adrian Wistreich?

The Day Job: Running the pottery, and Market Research Consultant.

In Another Life: “I’ve found being a serial entrepreneur very creative. I’d like to feel there’s another ‘big thing,’ coming and it might be spiritual.”

Second Novel: It’s called, It’s good for You. (And I’m now writing about Miriam’s child Thomas, and his family – of which I am one.)

Miriam is the true story of the author’s Polish family in World War 2. Unhappily married – her husband, Otto, from an arranged marriage is indulging in a long-standing affair, Miriam stays for security. When war breaks out, she and her daughter, Anna, get caught between the German and Soviet forces.

“It’s about Miriam’s changing perspective of herself.”

The Verdict: A powerful, dramatic account with superb characterisation.

Published in The Irish Examiner on 27th April.