Posted by Sue Leonard on Saturday 16th May 2020 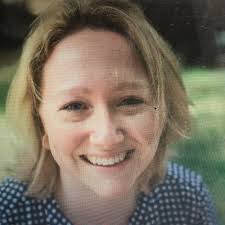 Always mad into books, Abbie used to think that reading was a barrier to writing.

“I enjoyed creative writing at school, but at university I just stopped,” she says.

After graduating from university, Abbie did TEFAL for six months, teaching English to Germans in Oxford. Then she travelled for six months, exploring South East Asia, Australia and New Zealand.

“That’s when I started reading contemporary, page turning fiction again,” she says. “But I didn’t think, seriously, of becoming a writer until I worked in publishing, for the Curtis Brown Literary Agents. That’s when I saw writing from the other side, and realised it might be a viable career.”

Starting as an intern, she then became an assistant, working with best selling authors, but also taking on some projects of her own.

“It was wonderful,” she says. “Exhausting but eye-opening. I started to write before going to work in the mornings. Working in small chunks focused me. But once I had a deal, and the edits came in, I found working hard.”

A year ago, when her boyfriend was offered a job in Edinburgh, Abbie took the chance to join him, and write fulltime.

Who is Abbie Greaves?

Home: Currently Oxford with her parents, as a short-term solution.

In Another Life: “I’d love to be a calligrapher, producing beautiful text.”

Second Novel: “It’s called The Ends of the Earth.”

Top Tip: “To read widely inside, and outside the genre you are writing in.”

Frank and Margot have been happy together for 40 years. So why does he not utter a word to her for six months?  When Margot lies in an induced coma, there is something Frank has to tell her.

“The idea came from an article about a Japanese man who hadn’t spoken to his wife in 40 years. I kept thinking about it, wondering why. It changed the way I look at couples.”

The Verdict: A clever, poignant novel delving into the darkness that can dog long-term relationships.