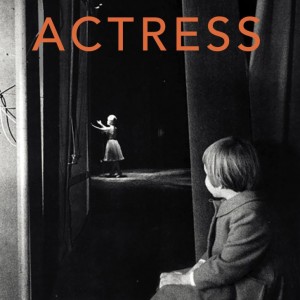 Anne Enright has long wanted to write about the theatre. It’s a world she knows well. Having discovered acting through her participation in Players, during her time at Trinity College Dublin, she spent a year after her degree treading the boards in Dublin. And she loved it!

“I worked through the autumn, and at Christmas I was in a play, but by April work was getting thin on the ground. Acting is frustrating because you have to do auditions to get people to give you a job.”  So that’s when she turned her attention to writing.

Ann’s new novel, Actress, centres on Katherine O’Dell, a Hollywood star who spent time on the stages of Dublin and London’s West End, before losing the plot and shooting a film producer friend in the foot. It’s narrated by Katherine’s daughter, Norah, who watches her mother’s grand life performance from the wings. Starting out as a kind of romance between mother and daughter, it ends up being something completely other. it’s a gorgeous novel, both powerful and pertinent, and is, surely, Anne’s best yet.

The book’s genesis came in 2016, when Anne was supposed to be writing about Maeve Brennan. She picked up a book about Valerie Solanas, the American feminist who attempted shot Andy Warhol.

“I thought the anger was interesting, and the way it went awry,” she says. “And I thought, why am I writing about faded old fashioned women when I could be writing about someone who actually shot a human being? Then I thought, what would happen if I put the two together? Slowly I started to think about Katherine and how that would be, and how it would work, and not work, and after 2 years I thought she was real.” She laughs. “I really did”

All the characters in this novel feel authentic, and most of them have an interesting psychological makeup. And that, Anne tells me, is the result of a great deal of research, thought and reading. She writes through instinct, and then checks her facts.

“Many people ask why Norah is so cross, and there are many reasons why she would be. The key thing is that as a baby or toddler, when the mother is the most amazing creature in the universe the world seems to agree. And that adoration was not interrupted in any way, because she was her mother’s cure; her mother’s most treasured being.”

At one stage Norah goes out with what’s an older man, a friend of her mother’s, but this ends badly. As someone born the same year as Norah, I can verify that the details of this scene are scarily accurate and make me view my own history with fresh eyes.

“That’s good to know,” says Anne when I tell her this, “because there was a profound amount of research to get it right for the decade. The first time I wrote it, it was different. Norah was outraged.”

Anne’s career has built gradually and has taken a few detours. It started when she won a scholarship to the MFA in Creative Writing at the University of East Anglia, and although she is considered one of the college’s biggest successes, she recollects that her time there was a great big failure.

“I was writing the big thing with no underpinnings at all.”

Following this, she went to the Tyrone Guthrie centre at Annaghmakerrig where she wrote three short stories.

“They were accepted, and that was my first publication, but then an envelope arrived containing an ad for a job at RTE. My mother had sent it without even a note, but I went for an interview and I got the job! I had no ambition to work in broadcasting, but you don’t turn down a job for producer director.” she shrugs. “It was all my mother’s fault as so many things are. “

She enjoyed her time in RTE, which included four years producing Nighthawks.

“I learned a lot about ambition and it’s foolishness at RTE, and I learned about my own attitude to authority. I was hard to manage, and I leaned a huge amount about people. It was a strong experience.”

Her career there ended when she suffered a debilitating breakdown – but recovering, her writing career started in earnest. Her first few publications won her great acclaim along with a committed readership, but it was her fourth novel, The Gathering, which won The Booker Prize in 2004 that propelled her to literary stardom.

“After the Booker it was hard to reassemble my sense of creativity,” she says. “Where was I supposed to be in the hierarchy?  I went, very deliberately to the readership rather than to the critical culture, and with The Forgotten Waltz, gave the readers something they would enjoy. It was a deliberate decision, and a happy one.”

Becoming the inaugural Laureate for Irish Fiction from 2015 to 2018, a role she filled with both energy and enthusiasm, proved to be much more of a disruption to her fiction, because she had to write lectures. But that was far from a waste of time. Collected as No Authority, these are hugely entertaining essays covering the foremost issues of the past decade.

“It made me interrogate my own feelings of the glass ceiling, or of being bullied in that very narcissistic way – all the things that interrupt our reverie and our creative capability. I stuck my elbows out politically, and it left me feeling much stronger creatively.

“When I’m asked about my opinion now about Irish writers abroad, I can rattle it off, in radio format, and it can pretty much go out as it is.”

The only problem, she says, is that although the thoughts are true at the time, it can be disconcerting when her words are quoted back at her.

Some of the lectures were written in her head. Short of time, she’d close her eyes on the DART, and in 20 minutes the speech was ready.

“It’s a skill I learned when I was at school, and used to do debating, but then I lost it and decided to regain it in my fifties.”  Frowning, she says, “I wonder what skill I’ll be able get in my 60s?” She glances at me, laughs, and says, “Maybe I’ll learn to stop talking.”

That would be a tragedy for Irish literature, because, always a good speaker, the Laureateship has noticeably honed Anne’s oration skills. She is always impressive, interesting and flawlessly articulate.  She has also become more canny with journalists, and although she is as relaxed, chatty and as easy as usual, she’s become good at dodging questions.

In reference to a quote about Norah, a successful novelist, being constantly described as the daughter of Katherine O’Dell, I feel compelled to ask if she ever worries about something similar happening to her 19-year-old daughter. Muttering that she trusts her children to make their own way, she swiftly changes the subject.

Was it nice to get back to fiction, after the essays?

She nods. “There’s a rush at the beginning, when all the world seems to agree with you but then a time at around 10,000 words, at the real beginning, when you think, Oh my goodness! You stop, and go, what am I doing?”

The best part, with Actress, was the last six months.

“It was one of the happiest times in the last 20 years. I don’t know if I’ll ever get that again. I’d got through all the anxiety, and the creative difficulty, and was just typing away. And I knew the book, and I realised I was working all day and that dinner was an interruption and then I was going back to it.”

“I want them to close the book with a sigh,” she says. “And I suppose I want people to recognise something that they haven’t necessarily seen before.”

Published in The Irish Examiner on 7th March.