HENRIETTA has always adored reading. It’s something that has informed her life, but eight years ago, she was in danger of losing that love. The reason? She wanted to write, but hadn’t the time or the courage. She’d pick up a book, and if the writer was young, would feel too jealous to read with enjoyment.

“I was in danger of becoming a resentful reader,” she says.

And it wasn’t that the 45-year-old couldn’t write. She’d been encouraged since having a letter published in Mandy Magazine, aged 10. And she worked as an advertising copy-writer, writing, among other things, radio advertisements. In fact, that was the problem; all her creativity seemed to be used up during her working hours.

Eight years ago she decided that simply had to change. Getting an idea for a short story, she wrote it, entered it for a competition and won.

“That was a huge boost,” she says. 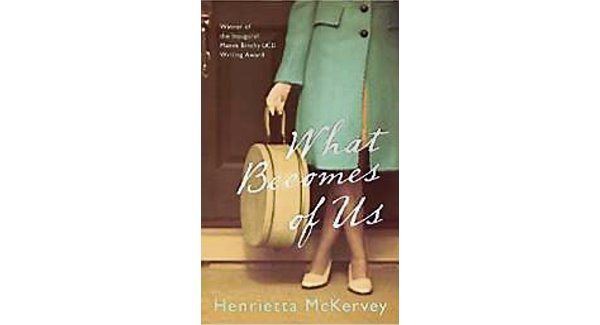 Next came a novel. A fictionalised account of the only Irish woman to have been known to have died in the Holocaust, it gained her an agent, and interest from a publisher. But it fell at the last hurdle.

“I finished that book during a Faber writing course four years ago,” she says.

“That was a six-month long course, conducted at night. The following September I started my MFA in creative writing at UCD. In both courses my tutors were James Ryan and Éilís Ní Dhuibhne. They were extremely helpful. I took that course, part- time over two years.”

While she was at UCD, Henrietta wrote What Becomes of Us, her debut novel, set in the 1960s, that looks back to women’s role during the 1916 Rising. Where did the idea come from?

“I was going to meet some other school mammies, and one of them had to go to a lord mayor’s party in the Mansion House first. I went along and didn’t know anybody but I got taking to a Labour activist whom she knew, and she mentioned a campaign for pints.

“She told me she and her friends used to go into a pub, ask for a pint, be refused, and make a fuss. That stayed with me. It seemed like the proper meaning of grass roots; a bunch of people saying, ‘let’s do it. Let’s do something small-scale that is true to us.’”

Then, with all the talk about the 1916 anniversary coming up, Henrietta became interested in the role of women, and in particular, of their airbrushing out of history.

“There was that amazing photograph of Pádraic Pearse’s surrender, when Elizabeth O’Farrell had disappeared from the photo for years; with first, just her feet on view, and then, nothing at all. I wondered what had happened in the 1920s to make their interaction disappear. And I started to focus in on the 1960s.”

She does this through Maria Mills, a woman arriving in Dublin with her young daughter, Anna, and a suitcase. Finding herself in a friendly neighbourhood, she secures a job as a copy-writer at the then fledgling Telifís Éireann, telling everyone that she is a widow. Even her daughter believes this. The truth, that she has fled an abusive marriage, is a secret that haunts her days. She can never relax; worrying that sooner or later, her husband will find her.

Meanwhile, at work, Maria is promoted. She becomes part of a team working on a programme commemorating the 1916 rising. There’s a rumour that an elusive neighbour, Tess McDermott, was once a member of the women’s paramilitary group, Cumann na mBan; something that the former suffragette angrily refutes. Will Maria manage to learn the truth?

This is a beautifully written account of a time when women, still subjugated, were determined to fight for their rights. It’s also a story of friendship, neighbourliness, what family really means, and where it can be found. I loved the scenes at RTÉ, where Maria, the only woman in departmental meetings, struggles to be heard. And I loved the in-jokes too. Where did Henrietta gain such insight?

“I don’t like to do too much research because I’m afraid I’ll use it all, and end up painting by numbers, but I do enough to get my facts right. I read John Bowman’s history of RTÉ, and Renegades by Anne Matthews about women in the Rising, but most of my research came from newspapers of the time,” she says.

Happily married to Feargal, head of the media department at the National College of Art and Design, Henrietta simply imagined the London scenes, where Maria, grieving a lost child, lives in constant fear.

“But I have been in meetings as the only woman, and in the early 1990s, I left my secretarial jobs in Dublin, and moved to London where I worked at the BBC in internal communications. You could almost smell the atmosphere there; that old school thing still existed, and I could imagine, with TV so new, how it must have been in Ireland in the 1960s.

The employees must have been drawn from everywhere. Some would have been traditional; there might have been someone from England saying, ‘this is how we do it in Granada.’”

All the characters are superbly drawn; from Maria’s feminist friends, to Tess, and the elderly neighbour Mrs Halpin, known to Anna as Mrs Helping. Anna almost leaps from the page, such is her authenticity, and that, Henrietta says, is because she has her children Cal, aged nine, and Rosa, five, to draw on.

The publication of her novel hasn’t been Henrietta’s only success of late. She recently won the Hennessy First Fiction Award for a short story that was published in the Irish Independent, and last May she won the inaugural Maeve Binchy UCD Writing Award.

“The prize was a travel bursary. I decided to explore the UK Shipping Forecast, and I went to several of the areas exploring the heritage and the folklore. I’ve blogged about it and I’m currently writing a radio play about it.”

The most precious thing to have come from that award, though, is her friendship with the late Maeve’s husband, Gordon Snell.

“I met him for lunch at the award, and we’ve kept in touch.

“I really enjoy spending time with him, as he has a different perspective on the world. It’s tough for him being without Maeve. They were clearly so devoted and happy together. When he talks about her, part of me is envious,” she says.

With her second contracted novel at the editing stage, Henrietta is happy in her chosen new profession.

“It’s just as well, because I gave up an awful lot to do this,” she says. “I had a nice job in a good company, I was a director and was well paid. It was a big thing to stop doing it, though it wasn’t all about the writing. I wanted to spend more time with my children as well.”

“I work freelance, and I don’t turn anything down. I write in the mornings when the children are at school and do a couple more hours in the evenings,” she says.

“My second book shows that influence more,” she says.

Her hope is that readers will see the world through Maria’s eyes.

“My son is an incredible reader,” she says. “When he was eight he said to me, ‘you know the thing about books? Books make an ordinary day extraordinary.’”

“Wouldn’t it be an amazing thing if I could make somebody’s day better, or give them some insight into someone else’s day or a reflection on theirs? That would make me so happy.”

What Becomes of Us